The Beijing 2022 Strategy is the strategic, operational and structural plan for British Curling and is informed and underpinned by the What it Takes to Win (WITTW) model for curling.

It was updated over the first 18 months of the Beijing cycle, taking into consideration the findings highlighted within the Independent Post PyeongChang (2018) Review (IPPR) of the British Curling Olympic Programme and Performances, co-commissioned by British Curling, UK Sport and the sportscotland Institute of Sport, conducted by an Independent Review Panel in July 2018.

The updated strategy recognises where British Curling’s athletes and teams are positioned ahead of Beijing 2022, while also taking into account the fundamental rule change (‘5-rock rule’) made by the World Curling Federation (WCF) that has resulted in a more offensive style of play on the international stage.

As a governing body we are fully committed to ensure our organisation is fit for purpose and one which is wholly focussed on pursuing our ambition to consistently deliver medal success at world level now and in the future.

British Curling’s leadership and governance is responsible for the following objectives:

Three pillars of What It Takes To Win model – Tactics, Shot-Making and Readiness

The application of the three pillars of the What It Takes To Win (WITTW) model – Tactics, Shot-Making and Readiness can be seen across all aspects of the programme and especially in athlete development. These three pillars drive the coaching and support services support delivered to athletes and teams.

Vision – To be the world’s leading curling nation

The evolution of the WITTW model is fundamental to our success and to drive excellence in performance, British Curling is underpinned by effective and efficient policies, procedures and financial management. The Executive Performance Director is supported by the Senior Leadership Team (SLT), coaches and other specialist staff provided through a Service Level Agreement (SLA) with sportscotland Institute of Sport, which includes cover to programme curlers across all disciplines on both the Olympic and Paralympic programmes.
Together with the necessary information and tools to promote individual excellence, we develop appropriate on and off ice behaviours, through clarity in process and purpose ,to ensure a positive and inspirational culture from board to athlete.

British Curling’s strategic and operational approach to athlete support and development is aligned to our Beijing 2022 Paralympic Winter Games (PWG) objective. Our Paralympic wheelchair curling programme is underpinned by the WITTW model and is supported by UK Sport’s Medal Support Plan (MSP).

This funding from UK Sport is combined with additional support from the sportscotland Institute of Sport.

- No sweeping - so the direction and weight cannot be changed after delivery.

- The WCF/IPC rules dictate that the team on the field of play must be of mixed gender at all times (WCF Rule 13).

Performance Target → To medal at the Beijing 2022 Winter Paralympic Games

With clarity of investment through to Beijing 2022, British Curling has been able to establish a structure that provides clear leadership and support to the wheelchair curling programme that will allow us to translate this Medal Support Plan into action.

In each of the past three Winter Olympic/Paralympic cycles there has been a strong partnership between UK Sport, British Curling, the sportscotland Institute of Sport and Scottish Curling, outlined within a Memorandum of Understanding (MOU).

The MOU has been reviewed and updated to ensure a closer alignment and more effective governance arrangements between the parties.  As a result sportscotland has continued to invest in Performance Foundation (PF) for this period in its new Corporate/Business Strategy and in a recent change PF support is now delivered by British Curling across the Olympic and Paralympic programme.

British Curling separated from sportscotland - who had hosted the programme since its inception- on 1 April 2020. Whilst such changes should not impact on the athletes, or what happens on the ice, behind the scenes noticeable change took place. This included: 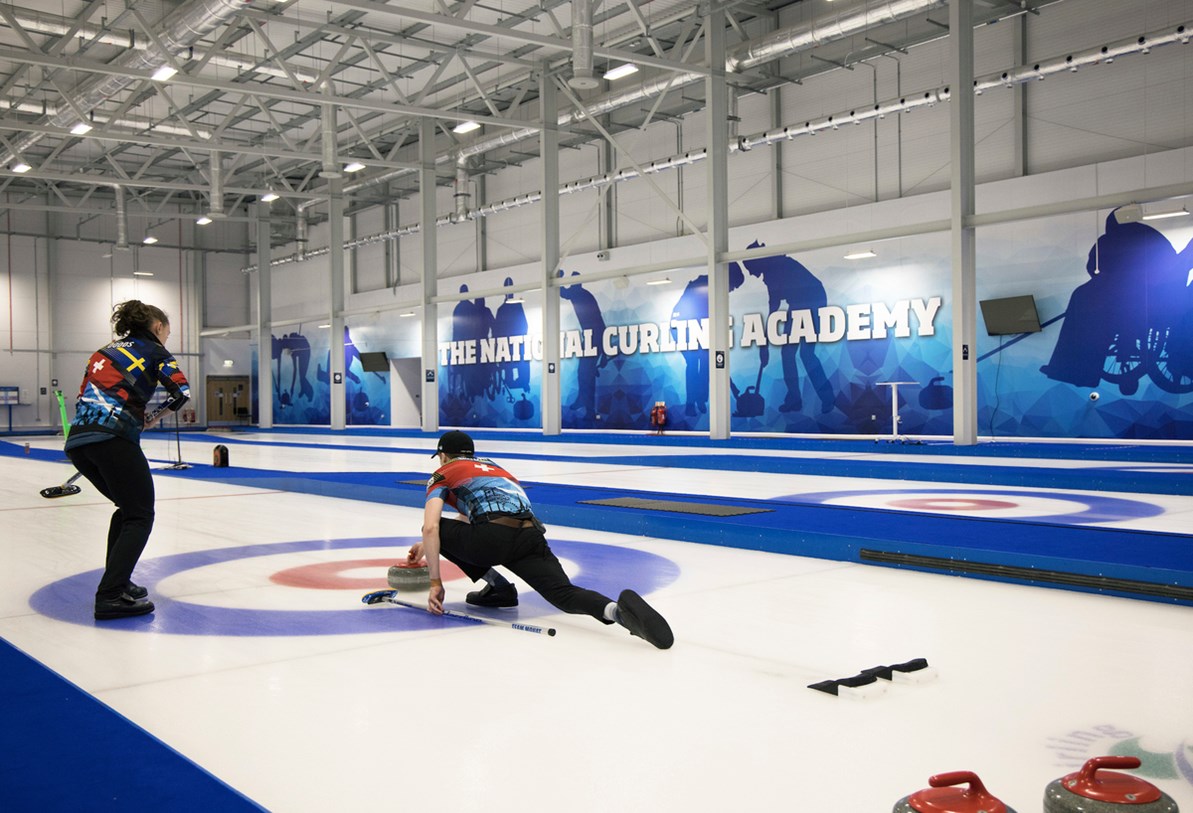