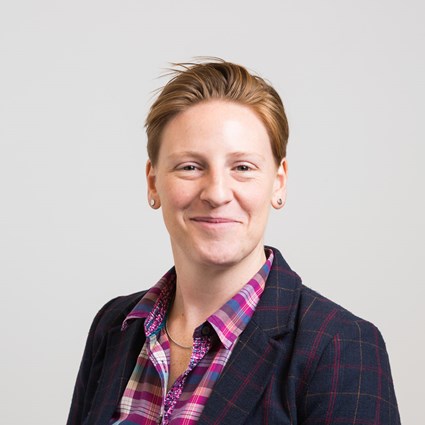 Kirsten Sibbit-Johnson has worked in sport and major events for more than a decade in a career that has spanned the globe before she joined British Curling as a non-executive director in 2020.

In her current role as an Associate Director with The Sports Consultancy in London, she has led engagements for The FA, the Fédération Internationale de l'Automobile (FIA), UK Sport, NFL UK, the Homeless World Cup, Formula 1 and the International Tennis Federation on a range of diverse projects. Those include developing a five-year strategy for women's professional football in England and developing a five-year strategy for the Sport unit of the FIA.

Sibbit-Johnston began her career as a corporate solicitor with Freshfields Bruckhaus Deringer, during which time she spent 12 months on secondment at the London Organising Committee of the Olympic and Paralympic Games 2012. She spent five years in New Zealand, leading the major event feasibility team at Auckland Tourism and Major Events, developing Auckland’s major event strategy and selecting sports and cultural events that benefit the city and its residents. Latterly, she worked as a management consultant for PricewaterhouseCoopers, advising a range of clients including the New Zealand Olympic Committee, the University of Auckland, and Sport New Zealand.

During her time in New Zealand, Sibbit-Johnson also spent two years as Chair of the Voluntary Board of the Auckland Pride Festival, New Zealand’s largest LGBTIQ festival which featured 81 events and a Pride Parade which drew an audience of 20,000 people.