The Performance Foundation (PF) programme is the “talent development” programme that sits below the World Class Programme on the Olympic Programme.

Supported by investment from sportscotland, the programme in essence looks to future Olympic cycles and seeks to identify and develop athletes with the potential to deliver medal performances at future Olympic Games. So the PF programme is in 2021, looking ahead to the 2026 Olympics (Milano-Cortina) and to a degree also the 2030 Games.

Critical also to the review, was the principle of identifying and supporting athletes with potential, but potentially younger than those previously supported. So in season 2020-21, the PF programme works with and supports a number of athletes who are qualified by age for Junior Competition. This enables British Curling to focus attention on key pathway objectives such as the World Junior Championships – key talent development competitions.

It is also important to understand the principle of the PF programme. It is more about the development of the individual athlete than it is about development of the team. Of course athletes compete in their teams, but the PF programme is about ensuring the individual develops for the long term. The team may change – athletes may get opportunities to join other teams and progress at different rates. So the focus is on how each individual develops through their experiences of the programme and work within the team they are currently part of. The focus on Team success is much more significant at the higher levels of the pathway – Podium and Podium Potential.

The PF programme is led by David Aitken who has a full time focus on the programme and the development of the athletes. Adopting the What It Takes To Win (WITTW) model at PF level is critical, and the same principles are applied at that level of development. 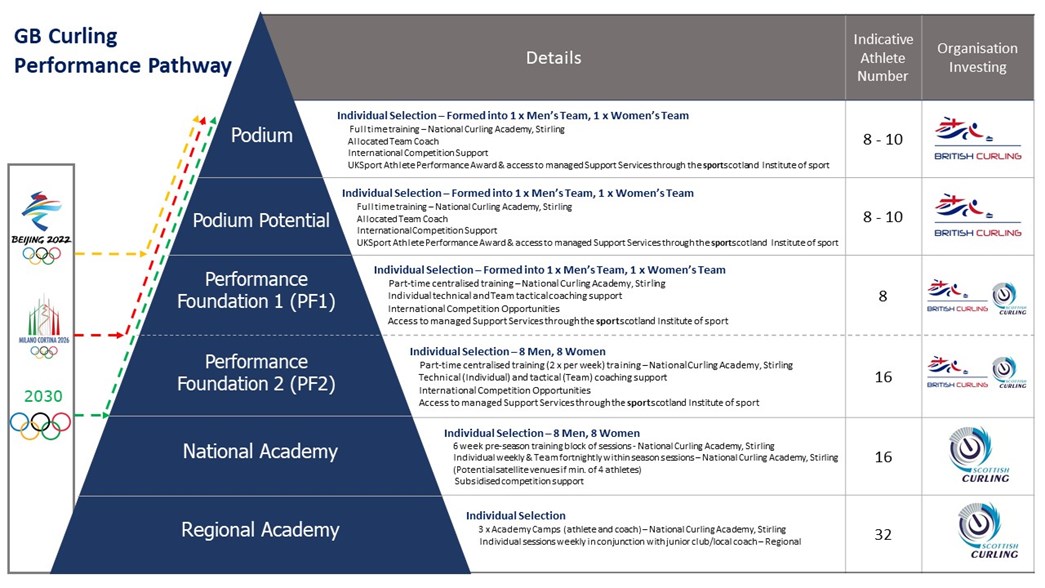