And at the end of a week that has provided early evidence of the benefits of British Curling’s decision to put their leading women’s players together in a squad of nine for the coming season as they prepare for the Winter Olympic qualifying competition, an all-British women’s final looked set to be on the cards until GB Blue were pipped at the post when Sweden’s Team Wrana claimed a two at the seventh end, then stole a shot at the last to register a 6-5 win.

With Team Whyte having won their way through to the men’s final earlier in the day, the quartet of skip Rebecca Morrison, newly crowned World mixed doubles champion Jen Dodds, two-time Olympian Lauren Gray and Hailey Duff were in impressive form throughout the day.

Up against the world champions from Switzerland in the morning they put in a near text book performance by forcing their opponents, who had started with the hammer, to take singles at the first and fourth ends, when claiming multiple scores of two at the second and three at the fifth when they held last stone advantage and they ran out 6-3 winners. 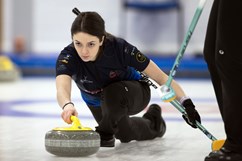 An even better start to the semi-final saw them steal two at the opening end from their German opponents and a steal at the fourth end put them 4-2 up at the halfway stage, allowing them to control the scoreboard before wrapping up a 7-4 win with another two at the last.

“We got a steal of two at the first end and really capitalised on that, getting our shots into the positions we wanted. I felt we had a good sense of the weight control and we got really on top of the ice,” said Dodds.

“There were a couple of moments when we were really up against it, but we all stayed tight and reduced the damage and let them get their two at the seventh for example. Then down the last we knew exactly what we were doing and Rebecca played two great wee tap backs for the win.

“There’s a lot of great team dynamics and good confidence in the team, so we need to take that forward to the final.”

She admitted that the ideal outcome would have been a meeting with their fellow squad members in the final, but pointed out that the new system means that they will all be working in different line-ups when they head to Russia for their first overseas event of the season next week.

“It would have been great to have both GB teams in the final on our home rink to demonstrate all the hard work we’ve done, but the girls have done great to get to the semi where they came up against a really good team and we just have to congratulate Wrana for the win too,” said Dodds.

“It’s gutting for them (GB Blue). I know how disappointed they will be. We’ve all been in that position, but they are great players, so they will definitely bounce back.

“We are in a nine-man team, so we all want to see each other succeed and we are disappointed for them, but at the same time we are happy for ourselves, so it’s a bit of mixed emotions and in Russia we’ve got different teams, so we’ll start all over again there.”

Two of the event’s semi finals featured on BBC Sport Scotland online and BBC iPlayer sport today and one of the event’s finals will also be broadcast tomorrow morning.

The Euro Super Series has also been live streamed every day on the innovative Recast channel which will also show one of the finals in the morning. 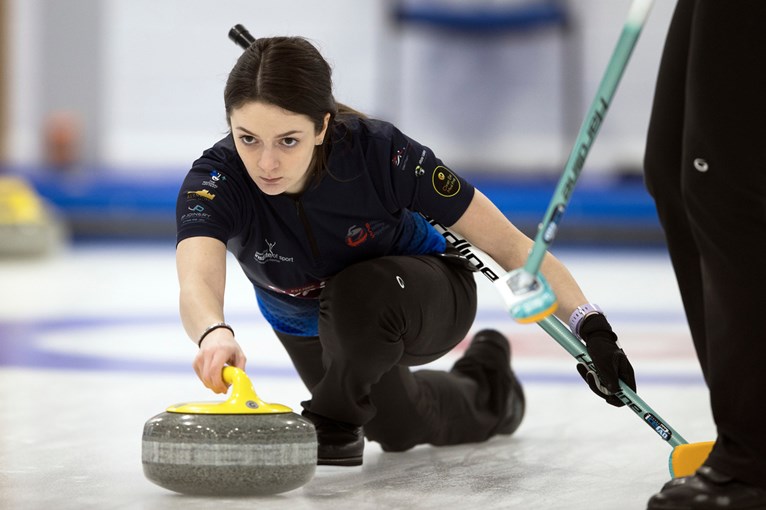