British Curling’s Paralympic wheelchair squad will be the first of the programme’s athletes to test themselves in an international field this season when they compete in the inaugural Euro Super League (ESL) hosted at the National Curling Academy this week (27 – 29 August).

It will be the first time that many of the athletes will compete against international opposition since their World Championships – the only World Curling Championship which took place before COVID saw the cancellation of the remaining events in 2020 - were hosted in March last year in Switzerland.

British Curling will field two teams at the new event and they will take on 2020 World Bronze medallists Sweden, as well as Norway, who reached the play-off stages at that World Championships. The event provides the hosts with the perfect opportunity to build towards a busy year ahead as they prepare for both a World Champs and Paralympic Games in the same season for the first time.

The second leg of the ESL will take place in September, again at the NCA, giving the British Curling teams a further chance to gain high quality match practice ahead of the World Wheelchair Curling Championships which take place from 23-30 October in Beijing. Details of the competing line-ups at the second ESL tournament will be confirmed nearer to that event taking place.

“The pandemic has provided huge challenges for the entire British Curling programme over the past 18 months, but most particularly for our wheelchair curlers,” said Paralympic Head Coach Sheila Swan.

“I have been extremely impressed with the attitude and resilience shown by our players in seeking to ensure that they remain as physically and mentally prepared for the unprecedented schedule that they are facing this season with both a World Championships and a Paralympics.

“It is, however, vital that we now provide as many competitive opportunities as possible for them to prepare for those events, so we are delighted that the innovative approach taken by British Curling in the past year has prepared us for hosting competitions of this calibre and we look forward to welcoming both Norway and Sweden.”

There will be live streaming throughout the event: https://www.youtube.com/c/britishcurling

*Teams are subject to change up to and also throughout the event. 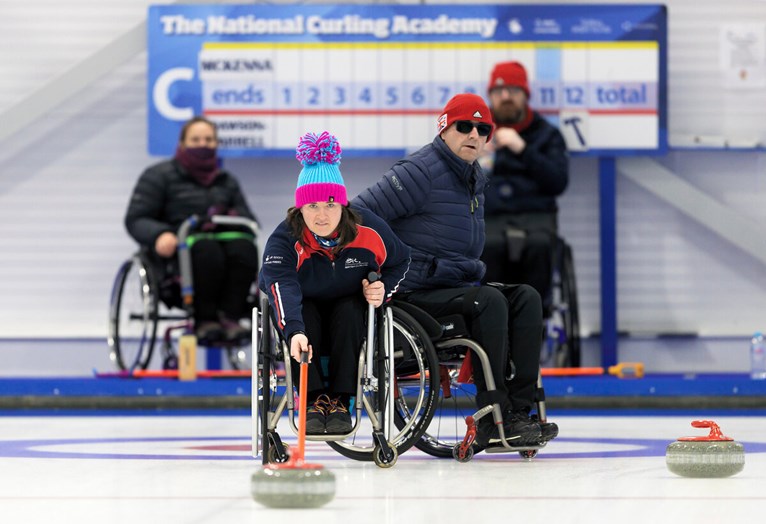