British Curling’s decision to create a new-look nine player squad system for their elite women gained an early reward when the GB Red line-up powered to victory in the final of the first event of the season at the inaugural Euro Super Series on their home ice at the National Curling Academy in Stirling.

Having beaten Switzerland’s reigning World champions Team Tirinzoni in the quarter-finals, then Germany’s Team Jensch in the semi-finals, Rebecca Morrison, Lauren Gray, Jen Dodds and Mili Smith carried that form into the final and they were always in charge of a one-sided final against a Swedish side skipped by former World Junior champion Isabella Wrana.

A three at the second end put them in control and they confined the Swedes to just two singles as they ran out 7-2 winners, to their skip’s delight. 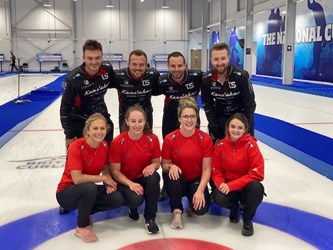 “We took that three in the second end and from then on we were always in control,” she said.

“As it gets to the latter part of the game it does get a little bit nerve-wracking and you always know that as soon as they get a two they could be right back in it, but we kept playing well, kept in control and it paid off.

“It feels so amazing just now.

“I’m over the moon. I couldn’t have asked for anything more this week.

“It just shows what we’re capable of and how much the squad system is really working. We’ve only played together for two weeks and we’ve beaten World champions and so many other good teams, which shows what the season hopefully holds for us.”

The squad system has been put in place to maximise the opportunity to assess both the form of individuals and what combinations work best ahead of a British team having to participate in the Winter Olympic qualifying tournament for the first time and Morrison reckoned that everyone on the programme should take confidence from a week that also saw the GB Blue team, led by three-time Olympian Eve Muirhead, reach the semi-finals.

“This demonstrates that we are world class players and that we can beat anyone, so there’s no reason that we should have anything to worry about come the Olympic qualifying competition in December,” said Morrison.

On a personal level she drew considerable confidence from having reigning World mixed doubles champion Jen Dodds and two-time Olympian Lauren Gray in her team.

“I personally have learned so much from the squad members I haven’t played with before,” Morrison acknowledged.

“This week, playing alongside Lauren and Jen, they’ve got so much experience under their belts and that’s just supported me on my journey through the squad system.

“Having them in the line-up really gave me the confidence as a skip, that if I ever have doubts they could really help me along with that and that really upped the confidence throughout the team.

“They played brilliant, especially on these play-off days. I couldn’t ask for any more from my team.”

Another new challenge now looms with a trip to Russia for her first overseas evenT in two years.

“We’re off to St Petersburg on Tuesday and we’re splitting up and playing with members of this week’s GB Blue team, so we won’t get to go for another tour title as a team, but hopefully both teams will put in great performances over there. The other team did great as well, so I think St Petersburg will be a great event for all of us,” said Morrison.

However, she is hoping that they will be returning to home comforts for future competitions soon after the hugely successful staging of this event.

“It’s a lovely venue, so hosting again would be brilliant. I’ve heard from international players that they want to come back again, so hopefully stay tuned,” she laughed.

Hopes of a home double ended when Ross Whyte narrowly failed to take the men’s final against Switzerland’s Team Schwaller into an extra end with a spectacular attempt at a triple take out, leaving him frustrated.

“We’ve played well and were in control, but gave up a silly two at the fifth end and that turned the momentum a wee bit,” he said.

“We had chances in the sixth end too, but unfortunately couldn’t capitalise and paid the price.”

The youthful quartet of Whyte, Robin Brydone, Duncan MacFadzean and Euan Kyle had shone once again in elite company that had included World and Grand Slam champions and their skip was able to reflect on that in looking ahead with confidence.

“It’s been a good start to the season, though and we need to do well in Canada now and make sure we get some points to get us up the rankings, so it’s all go from here,” said Whyte.

“Getting into the top 10 by the finish of this season would be great and we’re looking to potentially do well in a couple of the Slams.

“I think everyone’s starting to realise that we can play curling and we’re going to get better and better.”

The tournament victory was also vital for Yannick Schwaller and his team as they prepare for Switzerland’s Olympic qualifying event later this month, having beaten their keen rivals Team De Cruz, bronze medallists at the last Winter Olympics and last season’s World Championships, at the Baden Masters, their only other international event so far this season.

“This gives us some confidence going into our Olympic qualifying competition in two weeks time,” said Schwaller.

“We trained well and did a lot of things over the summer that have helped us get to another level. We’ve won two events in a row now and we want to win again in two weeks. That’s what we’re going for.” 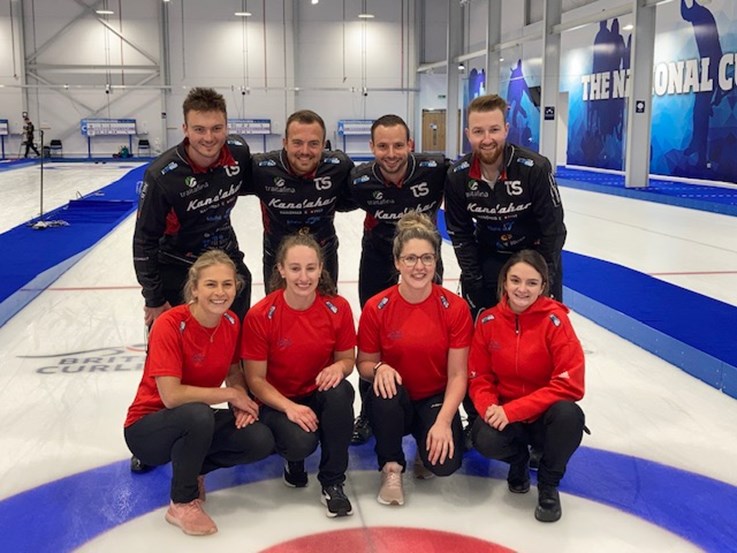