Scotland’s men’s and women’s national champions both asserted themselves over their domestic rivals this weekend as the countdown to a vital 2021 World Championships began in earnest with the first event of the New Year at the National Curling Academy in Stirling.

Teams Mouat and Muirhead both completed perfect winning records through the British Curling January Challenge with victories over the opponents who have been their closest rivals this season in their respective finals.

For Bruce Mouat and team-mates Grant Hardie, Bobby Lammie and Hammy McMillan, it was a particular familiar story this season as they once again met Team Whyte in the final, having faced them at that stage of all three previous tournaments they have contested this season.

Team Mouat had won all of those previous encounters at the September Shoot-Out, November Classic and December Superspiel and having earned a morning off on finals day by completing the round-robin section of the event with four wins from four to secure an automatic place in the final, they claimed an early advantage with a steal at the second end.

Ross Whyte and his colleagues Robin Brydone, Duncan MacFadzean and Euan Kyle, had beaten Team Paterson in their semi-final earlier in the day and showed their tenacity by levelling things with a two at the third. However, Mouat powered clear either side of the midway break, scoring at three successive ends to lead 6-2 after seven ends.

At that point Whyte had only had a single scoring end, but he kept things alive with a three at the eighth to ask a question of Mouat’s team, before they re-established a commanding advantage with a two at the ninth, then ran Whyte out of stones at the last.

“I think every final we’ve played has been quite a good game, so we’re obviously elated to be playing such great opponents every time we reach a final because you don’t want a walkover in these games, you want to be challenged and that’s exactly what happened today,” Bruce Mouat

“It’s obviously difficult to win these events because you’re playing great opponents, but that’s exactly what you need to get ready for a World Championships. So regardless who goes, whether it’s us or Ross Whyte’s team, it doesn’t really matter who’s going because we’ve both had really good opposition to play against.”

While the Scottish champion skip of the last three years whose team also won the European Championships at their first attempt in 2018, is taking nothing for granted he admitted that he is now trying to ensure that they have the right mindset should the opportunity come to represent Scotland at the World Championships in April and Great Britain at next year’s Winter Olympics.

“I don’t want to get too far ahead of myself and thinking we’ve booked ourselves onto a plane to go over to Canada. We’ve had a lot of disappointments this season and last season with a lot of cancellations, so first off what we need to do is keep on the track we’re on, then hope we’re selected and then we have to hope that the event goes ahead. If all that happens we’ll be excited to play when we get there,” he said.

“I am allowing myself to contemplate Beijing because this is a good opportunity to prepare ourselves for what would be our first Olympics. None of us have experienced something like that, so I don’t want it to be sprung on us. It’s a long way ahead of us, though and Great Britain needs to qualify at the World Championships, so I see it as stepping stones.

“Obviously we need to get selected, then we need to do well at the Worlds to get Great Britain that spot and then from there selection will probably happen in the summer. So I’m just going to take it easy and not let myself get too excited, but I also want to be prepared in my own head so that if we do get the opportunity to go we can relax and try to enjoy it rather than be scared and worry about what could happen at an Olympic Games.” 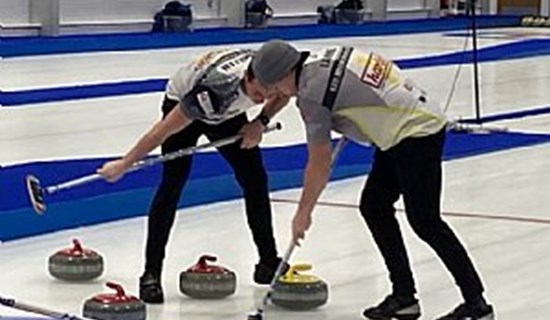 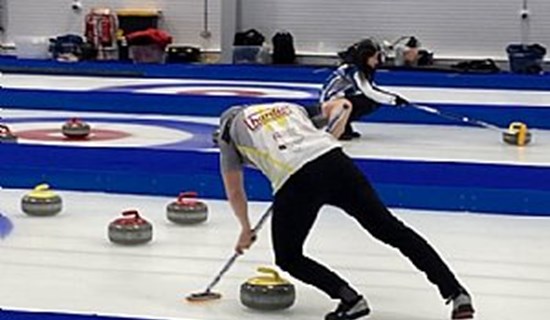 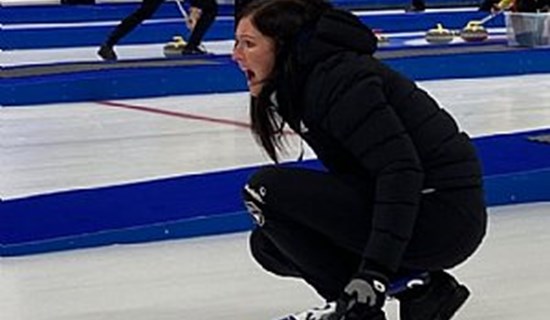 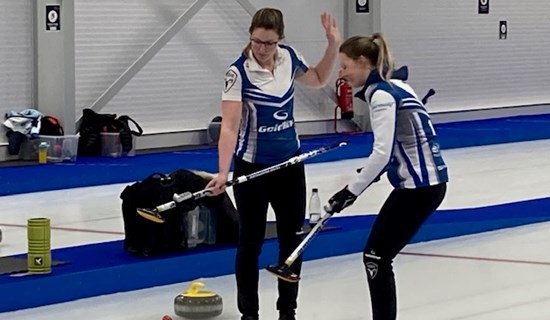 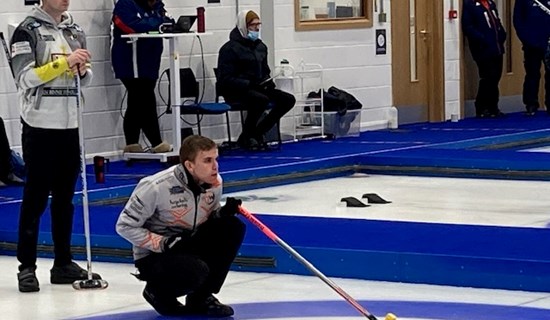 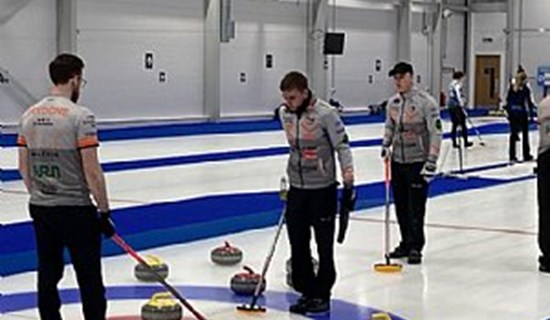 While that preparation includes trying to keep a watching brief on international rivals, Mouat knows his team cannot take the eye off the ball at home, albeit he sees that as providing a potential advantage.

“We’re trying to stay aware of what other countries are doing, but we know Scotland has some great teams and that’s highlighted in all five men’s teams in the British Curling programme,” he noted.

“So, we know we’ve got one of the better preparations going into the World Championships because we’ve been playing pretty solidly since August and we’ve had a lot of games against really good opposition. So, whoever does get to go there to represent Scotland will be up there with the best I would think.”

Former world champion Eve Muirhead, the one member of the current British Curling squad with vast Olympic experience, meanwhile led her women to an even more commanding victory as they, too, extended their unbeaten record to five successive matches by with an emphatic 8-4 victory over Team Aitken.

Gina Aitken, Rebecca Morrison, Mili Smith and Sophie Sinclair had beaten Muirhead and teammates Vicky Wright, Jen Dodds and Lauren Gray in what was their first ever event together at the September Shoot-Out at the same venue.

They were also the only women to make it through to the knockout stages when British Curling’s men’s and women’s teams all competed in the same event at the December Superspiel just before Christmas.

In between times, however, Team Muirhead had beaten them in the final of the November Classic and they imposed themselves from the outset in text book fashion this time around, blanking the opening end, then scoring a three at the second.

Singles were exchanged at the next three ends before Muirhead registered a two at the sixth, then stole at the seventh to take complete control at 7-2 up and she was highly satisfied with the way they dove-tailed.

“It was a very dominant performance and we really didn’t leave the door open at all for Team Aitken,” said the three time Olympic skip.

“As a team, if one of us made a slight mistake we made sure the next person addressed it. We had each other’s backs the whole game and we’re definitely moving in the right direction and starting to put together some really consistent performances which I think is key at this stage of the season.”

Muirhead is hoping to end a surprisingly long wait to get back to the World Championships for the first time since 2017 when the women’s event gets underway in Switzerland in March and she is hopeful that her team is on course for that.

“Every team is aiming for the World Championships and for myself I think it’s been four years since I’ve been there due to different circumstances and it’s an event that I love to play in, it’s an event I’ve won before and I really want to do that again,” she said.

“So, I think things are definitely on track and we’re so lucky here at the National Curling Academy that we have these facilities to allow us to keep training and sportscotland allowing us to continue, because I know a lot of countries don’t have that right now. As a team we should be very grateful for that and as always we had some very good ice conditions here today, which makes for some really good curling.”

She is drawing on her vast experience to help ensure they keep doing what is required.

“The lockdown situation does create a bit of extra pressure, but to be honest it doesn’t really change what we do. We’re in here every day and we’re in the gym most days. Our routines don’t change an awful lot, apart from your social side of things and maybe seeing family doesn’t happen,” Muirhead pointed out.

“So, it can be a lonely time and a tough time, but as a team we need to know we have each other’s backs and that the door’s always open if we want to speak to each other and make sure that through all this we’re supporting each other as much as we can.”

In similar vein, she expressed fellow feeling for those who are waiting to find out whether they will get the chance to represent Team GB at an Olympics this summer in Japan.

“I do feel for all those guys who are hoping Tokyo goes ahead. I can only imagine what it’s like to be on edge, wondering if a championships like the Olympics is going to happen, whereas I feel like we’re in a fortunate position with the timing of Beijing,” said Muirhead.

“There’s a lot to do between now and then, but right now I would like to think we are on track for that.”